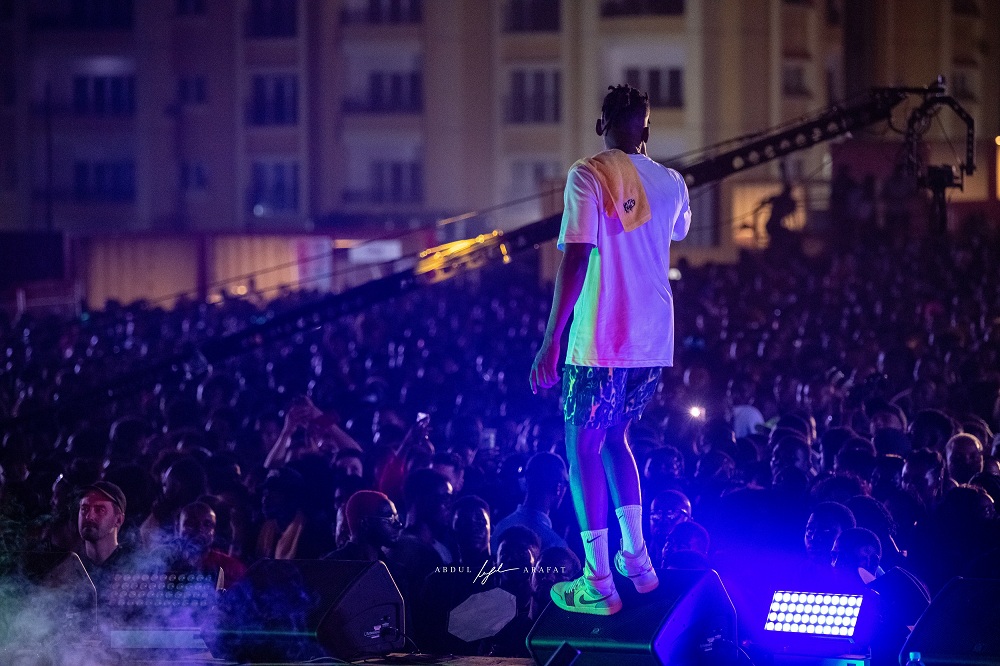 On December 27, 2019, Nigerian singer Mr Eazi hosted the third edition of his annual Detty Rave event, a concert/party that holds at the tail end of every year in Accra, Ghana. The first two editions were met with high praise and critical acclaim, with many a concert-goer testifying of the show-stopping moments, lit performances, and the surprise acts they were met with.

This year, he attempted to double up on the magic of the previous editions, this time around presenting a way more diversified lineup – not just African acts but artists from different corners of the globe. 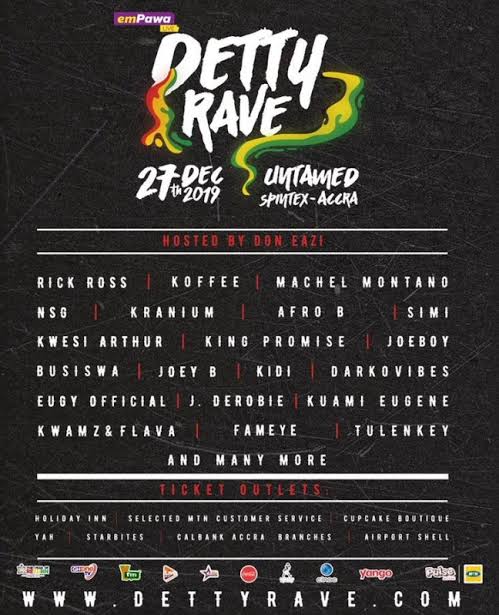 A couple of days to the event he released the complete lineup with several new additions, including Afro B, UK collective NSG, and finally American rapper Rick Ross, much to everyone’s surprise and excitement.

On the evening of the 27th, the event kicked off with a couple of hours of several DJ sets by the official disk jockeys, broken with performances by Kweku Afro, Tulenkey, Fameye, Ko-Jo Cue, and Shaker. The warm-up sets continued, with Mr. Eazi following a while after by breaking the music to start his own set. The event was marked by rapid-fire performances by the African-based acts, with them performing just two full songs at the most. After Mr. Eazi’s brief set, singer King Promise appeared for his own two-song set, with singer KiDi doing same, and Afro B following suit with “Joana”, all capped by a DJ set.

After every few acts came a prolonged DJ set, most likely to kill time to wait for the next performer’s arrival, but the extended waits dampened the energy of the crowd, who had already been on their feet for hours waiting for the event to start.

After some time Africa’s most decorated rapper Sarkodie appeared, emerging to the tune of his signature entrance joint, the classic “Original”, and quickly running through several hits in his catalog. Buzzing Ghanaian rapper and singer  Darkovibes came out shortly after, followed by fellow La Meme Gang member RJZ, and then the entire La Meme Gang, who attempted to liven up the crowd with their adrenalin pumping anthem “Godzilla”.

La Meme Gang’s set introduced Ghanaian rapper Joey B, by bringing him out to perform their banging collaboration “Stables” too much cheering, with him exiting the stage after a brief performance.

Also appearing were DJ Cuppy, who executed a DJ set started with “All I Do Is Win”, breaking in between to perform her own record. Kwesi Arthur, Joeboy, and J.Derobie also made their appearances, doing two songs each.

Young Jamaican reggae and dancehall singer Koffee impressed with her set, performing just 3 songs but pausing right before the last, to deliver a short interlude: a brief soundbite of her story, in which she was obviously gushing with gratitude for how far she’s come and the love she’s been shown, and introducing her biggest hit so far – “Toast”. 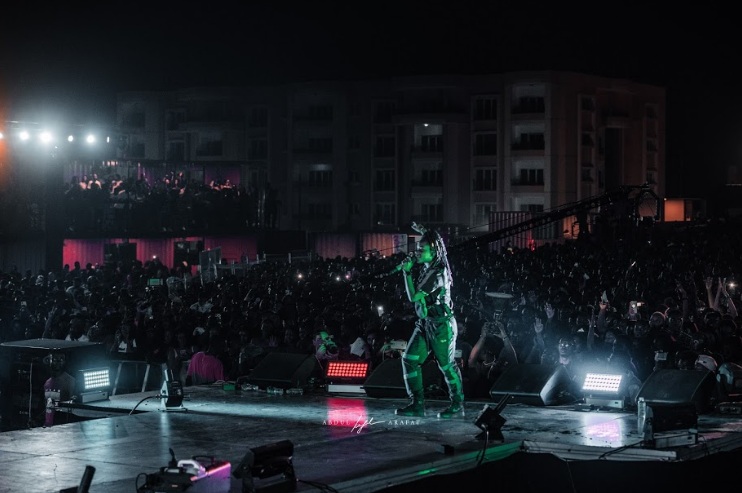 DJ Cuppy on stage at the Detty Rave 3 Concert 2019

With the exception of Sarkodie, the international acts had much longer sets than the African acts, with Koffee, NSG, Kranium, Machel Montano, and Rick Ross playing full sets, delivering song after song after song from their respective catalogs.

But the major highlight of the night was Rick Ross’s set. The rapper delivered an absolutely stellar performance, emerging to his protege Meek Mill’s anthem “I’m A Boss”, delivering his guest verse on the song and then moving on to several fan favorites such as “John”, his verse on DJ Khaled’s “I’m On One”, “Diced Pineapples”, “B.M.F”, “Every day I’m Hustlin'”, “Aston Martin Music” and more. His DJ doubled as a hypeman, pumping up the crowd every chance he got. 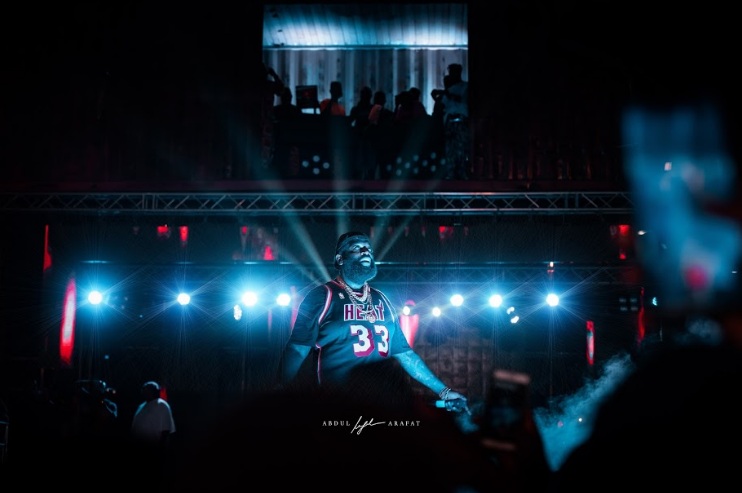 Rick Ross on stage at the Detty Rave 3 Concert 2019

The American rapper repeatedly shouted out Ghana passionately in between songs, involved the crowd, and even approached areas of the stage that other acts had overlooked. He also made good on his promise to Ghanaian recording artist CJ Biggerman, who impressed him with a rapid-fire freestyle upon his arrival at Accra’s Kempinski Hotel, bringing him out to perform. He bigged CJ up afterward, issuing words that were heard only to the young rapper but from the distant observer were definitely words of encouragement into the young rapper’s life.

With his performance, Rick Ross showed us that he without a doubt has earned his stripes as one of hip-hop’s elite.

The show ended with Mr Eazi retaking command following Machel Montano and Kranium’s sets, performing his collaboration “Surrender” with Nigerian songstress Simi , effectively introducing her to the show as she emerged to assist him. He left the stage afterwards to allow Simi do the final song for the night, “Joromi”.

Detty Rave 3 was reported to have admitted a whopping 15,000+ concert goers, a remarkable feat. With the “Year of Return” Accra, Ghana received a very significant increase in the number of tourists, who took advantage of the timing to attend the major events happening in the city towards the end of the year. This was likely a contributory factor to the number of people who attended Detty Rave, which was likely a multiple of the previous year’s number. However, it’s possible that the tourist influx was just an added bonus because the star-studded lineup was definitely more than enough to draw the attention of any music fan.

Unfortunately, the event was riddled with a number of issues. From the difficulty in entering the venue to the fact that concert guests were delayed entry because of a shortage of admission wristbands, to the sound issues during the early performances, the outcome of things made it obvious that the Detty Rave organizing team was unprepared to handle the number of concert-goers they received. For an event of this magnitude, there’s a need for more than just two small metal detector entrances and a need for special attention to the significant things that could affect the concert goer’s experience negatively. Add to that the delays in the start time and long gaps between some of the performances, there was a lot of room for improvement.

However, none of these issues are new to African events and shouldn’t reflect on just Detty Rave’s budding brand alone, for all the major events hosted in Accra, Ghana this past December produced some of the same issues, especially with the timing, so they all need to go back to the drawing board to figure out how to improve on their logistics.

Also, keeping concert-goers on their feet for hours much longer than expected has an adverse effect on the performing acts as well, because they come out to meet a crowd that gives them way less energy than expected, which I’m sure several of the performers can testify to.

All in all, the magic of some of the performances somewhat made up for its shortcomings (especially Koffee’s, Sarkodie’s, and Rick Ross’ performances), and we hope in future Detty Rave and other African events alike work on their timing and other issues and on providing a much better experience for their beloved concert goers. We look forward to Detty Rave 4! 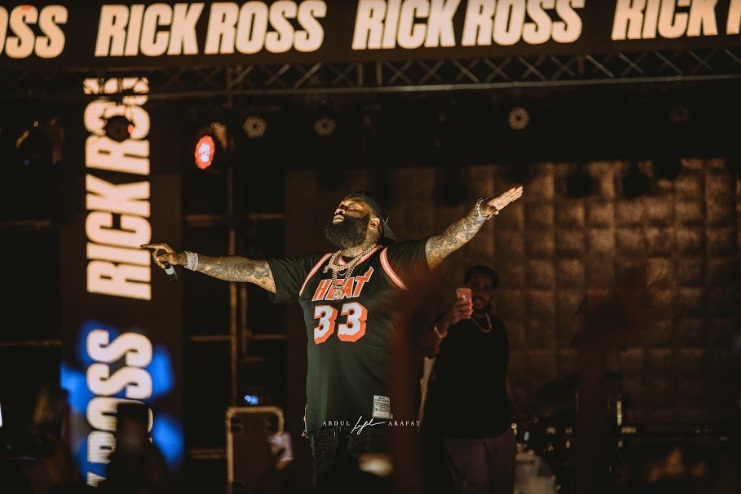